People have been coming up with ways to make their lives easier in the kitchen for millennia, so it’s no surprise that with human creativity and innovation to thank.

We’re rolling into the twenty-first century with more gadgets and doo-dads than we could ever possibly own at one time.

What’s a foodie to do when there’s all this amazing food to cook, but only so much counter space in their kitchen?

Here’s a list of five kitchen gadgets that’ll keep you cooking no matter what needs may arise!

No joke, fried food is as bad for our health as it is a mess-maker in our kitchens. 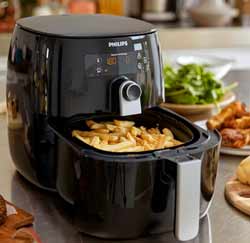 beings have been frying food since they figured out they could heat ribs over a flame, recent studies show just how detrimental this guilty-pleasure-food is to our bodies.

There’s a solution, though, that will keep you eating at home while still enjoying that crispy, fried-like texture you’re craving.

An air fryer! Instead of using massive amounts of fat and oil, air fryers use high temperature air circulated around your food to crisp it to tender perfection every time.

On top of being a massive boon to your overall health, it just so happens to cook food at least twenty percent faster on average!

So, next time you’re perusing the aisles at Target, Walmart, or any other appliance-toting superstore, why not give one of these bad boys a glance?

You’ll never have to worry about your arteries again! 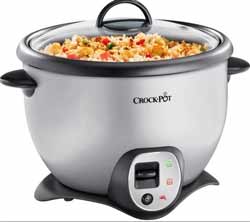 On the topic of set-it-and-forget-it kitchen gadgets, how could we ever leave out the best of the best runner-ups, a rice cooker?

Rice cookers come in all shapes and sizes, but the very best rice cookers we found are electric and have very simple set-ups.

No matter which of these tidy little cookers you come across, all you have to do is follow your preferred rice-to-water ratio whether it’s white rice, sushi rice, sticky rice, wild rice, or even rice with veggies, close the lid and hit the ‘cook’ button, and in about an hour you’ll have perfectly cooked rice waiting for you!

Who said juice had to just be made out of fruit? With a juicing machine, you can cram a whole day’s worth of healthy fruits and vegetables into one delicious drink!

There are a few different kinds of juicers out there, but in general you’ll find that most juicers have the option of separating pulp from that tasty juice you actually want out of your produce.

The next time you’re craving a refreshing, healthy drink, try grabbing one of these wondrous machines and making it yourself for a fraction of the price!

Few people actually like to slave away at a meal for hours on end only to enjoy it for less than ten minutes, but even with the busy lives we all lead it’s important to get one’s fill of healthy food.

The slow-cooker is the king of all set-it-and-forget-it kitchen gadgets, and you won’t be disappointed when you figure out just why that is.

Next time you’re in a rush to get to work but still want a great pot roast at the end of the day, just toss all your ingredients into this fantastical little machine, set it to low, and when you get home in eight hours it will be neither over-cooked nor burned, but slow-simmered to perfection! 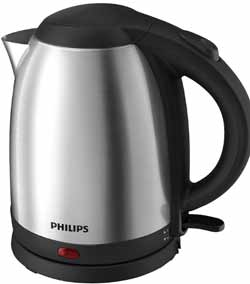 It’s no secret, this list is full of kitchen gadgets that give you the super-human ability to forget about having done anything at all, and have food by the time you remember you were cooking to begin with.

But this last gadget is a favorite; an oldie, but a goodie – the electric teakettle.

Whether you need hot water to fill that French press you’ve got full of coffee, need some hot water to pour over a few tea bags, or just want to get some hot water going for your second cup-of-noodles for the night, this simple gadget is an all-around go-to.

Like stove-top kettles, too, most modern electric teakettles will either whistle at you when they are boiling or have an automatic shut-off when boiling is achieved, so you won’t have to worry about being spoiled by all the other set-it-and-forget-it gadgets you’ve got on your counters!

Students always need the help of people and even things to make their life easier, relaxed and hassle-free. College students look for things that can give them an easier way of getting around things, especially that they want to keep away from their parents. For college students, one of the most useful things that they…

9 Surprising Ways to Use a Rice Cooker There is a hot debate online about which is best: rice cooker or rice made in a pot on the stove. Some people swear by one, some swear by the other. But did you know that a rice cooker can be used to make lots of other…